I know something about tents. I sewed a tent. And it almost destroyed our marriage!

Forty years ago motel rooms were out of our price range. We vacationed in an inexpensive tent. When it rained water puddled in the fabric above our heads. In a down pour the roof held a gallon of water, the fabric bowing under its weight. We could reach up from our sleeping bags and touch the ball of water above us.

We were excited! The Frostline Trailridge II backpacking tent kit was in our price range. 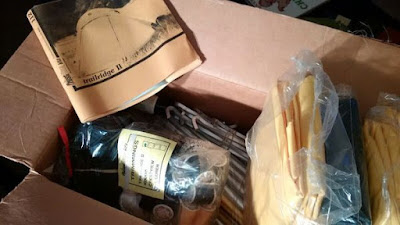 All I had to do was assemble pre-cut pieces. It was easily until … the back door. The waterproof door was supposed to be the same size and shape as the screen door under it. It was not! Bob was upset, sure I had sewed the pieces together wrong. I could not convince him otherwise. We were at an impasse. Angry and frustrated, I took the pieces apart. We laid them on the floor. The screen door pieces were not the same shape as the waterproof door pieces. The company sent a replacement.

The last seam was done and we grabbed the corners, pulling them apart so we could see what our tent looked like. When we let go, it collapsed into a shapeless heap on the floor. Tents need tension, continual stretching, to have structure, to be livable. We set it up outside using the stakes, poles, rope, and rope tensioners that came with the kit. It was beautiful – waterproof floor, breathable sides, cross ventilation, interior storage pockets and clotheslines, waterproof vestibule entry, separate waterproof fly, room for two adults and two small children. We used it happily for many years.

Thousands of years ago Old Testament writers said that God stretches out the heavens like a tent. Six years ago three astronomers were awarded the Nobel Prize for their 1998 discovery that the universe has a self-stretching property. This property is exquisitely fine-tuned, the most extreme fine-tuning problem in all of nature. If its value were a little higher or lower, the universe would lose its structure and order, just as tents lose their structure when they are not stretched out.

From the musical “The Majesty of the Maker!” this video is scrolling playback of the song.
Kathy

You can get print (PDF) and/or digital (MusicXML™) sheet music for Fingerprint.

Posted by Kathy Clapper at 7:35 AM No comments:

Why is a biblical worldview so disturbing? Disturbing to those who adhere to the Bible. Disturbing to those who do not. Could it be because, in a biblical worldview, things that are true match what is real? And reality can be deeply disturbing. We want truth to be the stories we tell about the world and about ourselves. But what if our stories contradict what is real? And what if reality makes headlines?

The paper is a little tattered, but you can clearly see the April 24, 1992 Chicago Tribune headline: NASA satellite discovery is ‘like looking at God’. Measurements made by COBE confirmed that the universe had a beginning, which kind of beginning, and that galaxies could form after the beginning.

Space and time itself had a beginning! And the space-time theorems show that all universes that expand on average (including the multiverse) must have a beginning. But, whatever has a beginning must have a cause. Whatever caused the universe to exist must be infinite, powerful, and lie outside of space and time, or, according to the headline, it’s ‘like looking at God’. This reads like the first verse in the Bible, “In the beginning, God created the heavens and the earth.”

COBE measurements also helped to determine that the universe is over 13 billion years old. Then the WMAP satellite, launched in 2001, gave even greater precision to the age of the universe, 13.77 ± 0.059 billion years!

The satellites measured reality. What do we do when reality contradicts our stories?
Kathy

Connections, from the album “Apologia,” was written in honor of Darwin’s Day 2009. This video is scrolling playback of the song.

You can get print (PDF) and/or digital (MusicXML™) sheet music for Connections.
Click here to learn about COBE.

Incidentally, the United Nations Universal Declaration of Human Rights (“Everyone has the right to life, liberty, and security of person.”) has been criticized as a secular understanding of the Judeo-Christian tradition. Click here to read why.

Posted by Kathy Clapper at 5:22 PM No comments: