Was there sufficient evidence to indict for vehicular manslaughter? If so, the driver would be brought to trial. Then a Trial Jury would decide if the evidence proved the guilt of the driver beyond a reasonable doubt. But to indict, the Grand Jury used a lower standard of proof – probable cause.

The State’s Attorney presented the case, telling us when and where it happened and that the cause of death was injuries sustained from the accident. The investigating officer testified and answered our questions: the driver did not leave the scene of the accident, was not speeding, and was not under the influence when it happened. There were no eye witnesses to the collision. Then they and the court reporter left the room so we could discuss the evidence and vote. It would take nine yes votes for a Bill of Indictment.

This was only one of a dozen or so cases we heard each week. Up until today the State’s Attorney and investigating officers had presented sufficient evidence. Not today. A youth on a bicycle and a car had collided; the youth, gravely injured, had subsequently died. We were asked to decide if the driver should be brought to trial. But it was unclear who had the right of way. No one had witnessed the accident. We weren’t there when it happened. How could we decide after the fact? In this kind of accident, we reasoned, the car would be damaged. Was it? We weren’t told.

The Grand Jury has the right to subpoena witnesses and documents. We issued a subpoena for photographs of the accident and the next week examined them closely. Except for the passenger’s side, the car looked brand new. The passenger’s door had fresh scratch marks and indentations that corresponded to the damaged bicycle. It was clear to us. The driver was not at fault. Sadly, the youth had failed to stop for the car. We voted “No Bill.”

Pictures provide evidence when eye witnesses cannot be found. For centuries men believed that the universe was eternal. Not so! said the Bible, the universe had a beginning. What standard of proof finally convinced scientists that the Bible got it right? 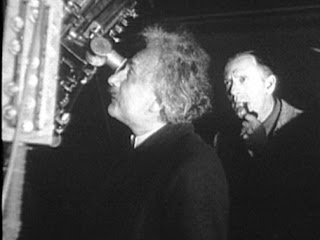 1931: Edwin Hubble's pictures of stars in distant galaxies were at odds with Albert Einstein's eternal universe.

Proof beyond a Reasonable Doubt 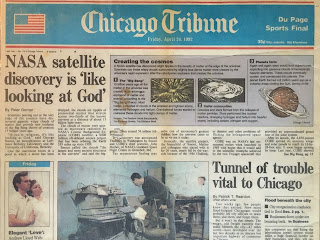 1992: It’s ‘like looking at God’! (Images taken by the satellite proved that the universe had a beginning.)

Proof beyond a Shadow of Doubt? 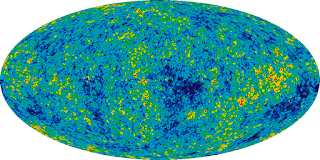 2012: WMAP all-sky picture of the infant universe revealed how many years ago the universe was created.

The heavens declare the glory of God! From the musical The Majesty of the Maker! this video is scrolling playback of the song.
Kathy

You can get print (PDF) and/or digital (MusicXML™) sheet music for A Prayer.